Why Paying Attention in Class may be Overrated by Prakash Nair.

My first blog post is actually an article I published a few years ago in Edutopia. Today, more than ever, the subject that it addressed, the supposed crisis in education resulting from a smartphone-addicted generation, seems ever more relevant. But is this a real crisis or is it a manufactured one based on hysteria? Read on and decide for yourself.

There are few cows in education more holy than the one about the importance of paying attention in class. Our whole education system has been constructed on the simple premise that learning begins when a student pays attention to what a teacher is saying. All children, regardless of how sincerely they might wish to please the teacher, will be chastised at some point or the other during their life in school for not paying attention in class.

Many books and articles have been written about strategies to improve children’s attention in the classroom. One Internet “how to” piece that talks about paying attention starts thus, “Do you want to pay attention in class and get good grades? If you don’t get good grades, it is probably because you’re not paying enough attention.” IA recent New York Times piece suggested that a plain, unadorned room may be a better place for learning than the typical kindergarten classroom with posters and artwork on the walls that distract students from paying attention to the teacher.II Taken to an extreme, this kind of thinking about distracted kids has even led to the design of many windowless schools or schools with windows placed so high that students are unable to see what is happening outside. Some educators are convinced that paying attention is such an important skill it must be taught and practiced in school. The success of the KIPP charter schools where students are drilled continuously in techniques to improve their attention to what the teacher is saying is cited as evidence that paying attention in class is an essential prerequisite to real learning.KIPP schools have devised a special technique called SLANT — Sit up, Look and Listen to the speaker, Ask questions, Nod, and Track the teacher – that students must follow starting as early as the first grade.

Given the near obsession with getting kids to pay attention in class, it is no surprise that A.D.D. (Attention Deficit Disorder), and A.D.H.D. (Attention Deficit Hyperactivity Disorder) are so frequently diagnosed that they have become mainstream afflictions in children. A.D.D.and A.D.H.D. are often treated by medicating children to improve their concentration but, in fact, the most commonly prescribed drugs like Ritalin and Adderall are really stimulants that make boring and repetitive tasks more bearable. Professor Alan Sroufe writes that, “Stimulants generally have the same effects for all children and adults. They enhance the ability to concentrate, especially on tasks that are not inherently interesting or when one is fatigued or bored, but they don’t improve broader learning abilities.” He then goes on to say, “When given to children over long periods of time, they (Ritalin and Adderall) neither improve school achievement nor reduce behavior problems.”III

As if that were not enough, we now have educators calling on schools to tackle a brand new ailment called “diminished attention” which they claim is endemic to the whole current generation of students who have grown up in a media-drenched world. Talking about how to deal with the problem of diminished attention, prominent writer and Psychology Professor Barry Schwartz says, “I’d be satisfied if we nurtured sustained attention in the same way your personal trainer builds up your biceps—by gradually demanding more and more of students’ attention muscles in the classroom.”IV

So what is the real story here? Are we in crisis because of short attention spans and the losing battle teachers are fighting to keep kids interested in class?Before we answer that, let us look at the word “attention” to see how this important word has been co-opted by the education establishment to represent something completely different than its true meaning. On its face, paying attention or focusing on something until we truly understand it is a good thing. Think about these words by author Alison Bonds Shapiro writing for Psychology Today, “If we love a child, we pay attention to her. We watch this child thrive as we give her our attention.” What a different take on the word “attention”! Here, we see attention as something a teacher generously gives in order to help each student succeed – quite a contrast from the teacher who demands attention equally from all students regardless of their interest or state of mind.

For teachers to pay attention to a particular child’s needs is hardly unusual. From an early age we are instinctively programmed to pay attention to the things that really matter to us. Indeed one might characterize paying attention as a survival instinct. In our modern world, there are real dangers to not paying attention such as when people text while driving. However, even here, the problem is not with the lack of attention but payingattention to the wrong thing at the wrong time. As for the problem with short attention spans, has anyone watched young children playing complicated video games that require deep focus – sometimes for hours on end? A vast majority of the mind-boggling technological innovations including millions of amazing, creative apps proliferating on mobile devices have been created by the same generation of “attention deficient” youth that the educators are so worried about.

This might lead us to a reasonable conclusion that when children don’t pay attention in class, it may not be because they are unable to focus or are exhibiting symptoms of A.D.D. or A.D.H.D. Lack of classroom attention could also mean two things –that children are bored and not interested enough to pay attention or they haveinadvertently “zoned out” – a natural brain phenomenon all of us experience from time to time. In the first instance, if they are bored, their lack of attention is hardly inexcusable. Here is Sir Ken Robinson’s take on the issue, “If you sit kids down hour after hour doing low-grade clerical work, don’t be surprised if they start to fidget.”VIWe as adults stop paying attention to people and things when they cease to be interesting so why are we holding children to a different standard?

Being bored is not necessarily a bad thing and neither is it some neutral state of mind. Studies have shown that boredom is not the negative experience most people think it is because the daydreaming we do in this state is extremely conducive to creativity.Carl Zimmer wrote a provocative piece in Discover Magazine titled, The Brain: Stop Paying Attention: Zoning Out Is a Crucial Mental State.According to Zimmer, “Researchers say a wandering mind may be important to setting goals, making discoveries, and living a balanced life.”VII If this is true, then the intensive methods employed by schools like KIPP to “train” children to pay attention may actually do more harm than good. Yes, in the short term, kids learn to pay attention to the teacher regardless of how interested or not they are in what the teacher is saying. In the long term, however, such training could interfere with their natural inclination to zone out – an essential brain activity designed to hone their creativity and problem solving skills.

Today, there are many more gadgets, activities and entertainment options that constantly vie for our kids’ attention than we had to contend with as children. Some see this as an alarming trend requiring our urgent intervention because of the danger we will educate a generation of attention-deficient students unable to concentrate long or think deeply about anything. The evidence on the ground is quite the opposite. Children today are far better off because they are not as dependent as we may have been on paying attention in class. By having access to information when they want it, where they want it and from whom they want it, kids can focus on the real task of learning. This requires them to be creative, and work independently or collaboratively with their peers, by using the information so readily at their disposal to solve problems and figure out ways to navigate the complex world around them.

Letting go of their fear that kids are not always paying attention is an important place for teachers to start. It can be a liberating opportunity for them to make their practice as teachers more relevant to the needs of each child – by turning the burden of attention upon themselves and away from the kids. 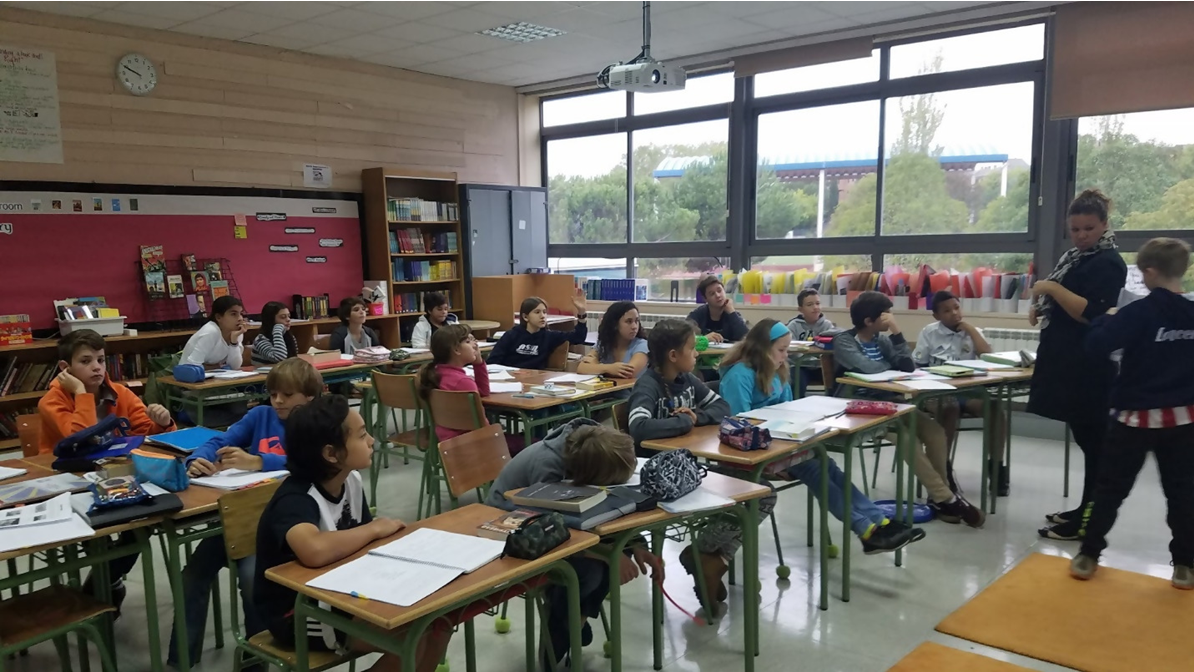 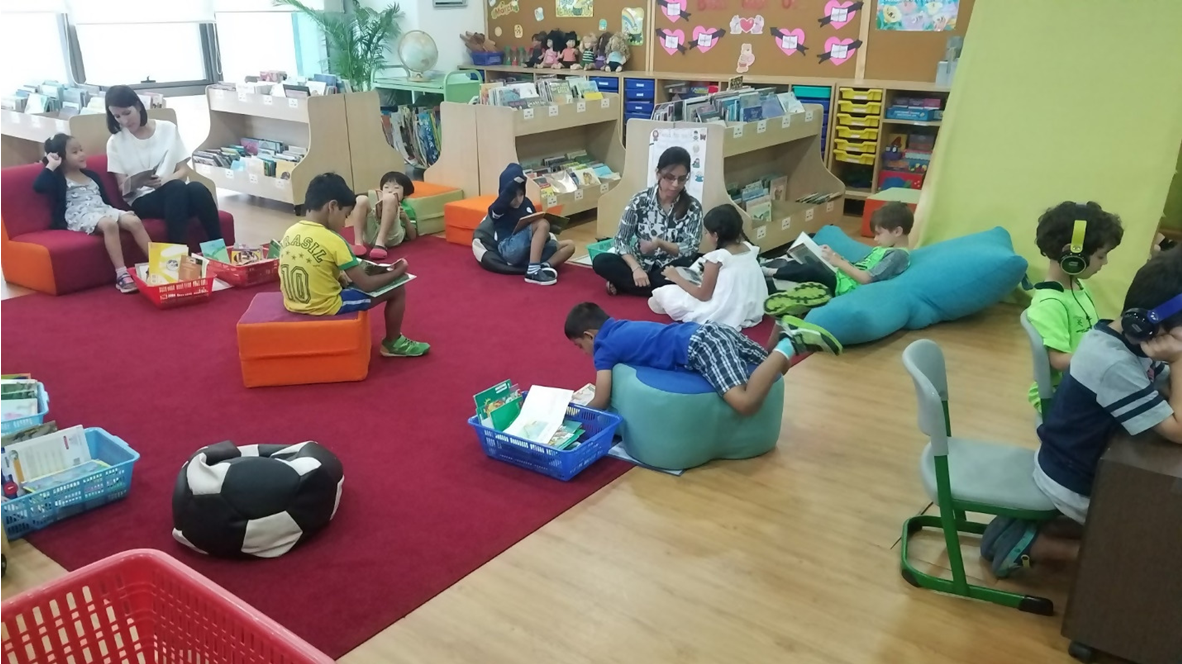 Contrast these two pictures. In the top photo of a regular classroom, children are being attentive to the teacher. In the bottom picture, they are “paying attention” but to the task at hand. These two states of being are often confused. In the one instance, a teacher may bring the class to “attention” so that they listen to her – but this may simply be an indication of the force of her personality or even that she has said something interesting. It says nothing about the extent to which each student learned anything. Voluntarily paying attention to something a student is truly engaged in, on the other hand, is the very definition of learning.

Prakash Nair is a futurist and architect. He co-authored “Learning by Design. Live | Play | Rngage | Create with Roni Zimmer Doctori and Dr. Richard Elmore (http://learningbydesign.co). He is also the author of “Blueprint for Change: Redesigning Schools for Student Centered Learning,” published by Harvard Education Press. Nair has served as President & CEO of Fielding Nair International, an award-winning education and school design firm with consultations in 49countries. He can be reached at [email protected]